Firefighters’ bid for Christmas No1 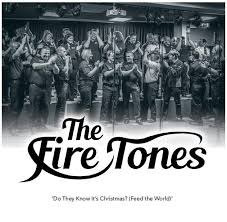 Three members of staff from North Wales Fire and Rescue Service have joined with firefighters from across the UK to record a charity single which aims to claim the Christmas No1 spot. 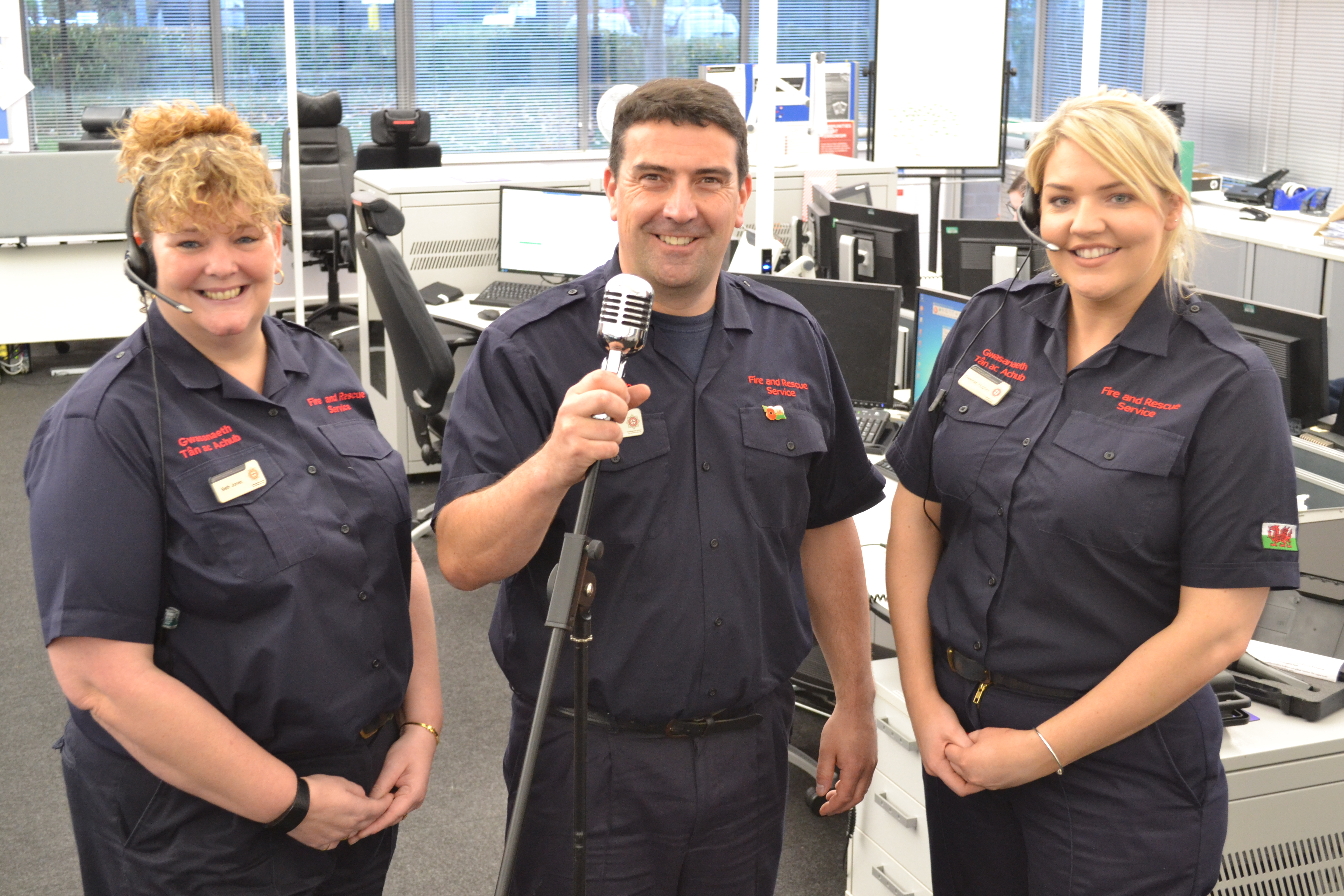 On November 30th, 2018, the group named ‘The Fire Tones’ launch their bid to reach the top of the singles chart and achieve a Christmas Number One Single.

The group was the vision of Firefighter Chris Birdsell-Jones from Welshpool, Powys, who dreamed of a band of firefighters reaching the top of the charts with the all-time classic Christmas hit “Do they know it’s Christmas?”.

Chris approached fire and rescue staff from across the UK – and Paul Scott, Head of Business Fire Safety, and Control Firefighters Bethan Jones and Gwenan Hughes from North Wales Fire and Rescue Service were keen to take part so headed to Birmingham last month to record the track.

Paul, from the Wrexham area is based on the Rhyl site and Bethan, from the Colwyn Bay area and Gwenan, from the Bodelwyddan area, are both based at the Joint Communications Centre in St Asaph. They joined with colleagues from fire and rescue services across the U.K. to perform the single which is set to raise money for The Fire Fighters Charity and the Band-Aid Charity Trust.

Paul, Bethan and Gwenan are now appealing to the residents of North Wales to help support them and their fellow Fire Tones members to help get the charity single to No1.

Bethan explains: "Fire Tones is made up of around 40 members of staff from fire and rescue services across the UK who were all brought together at the studio to record the song. We can't wait for it to hit the shops on November 30th!"

Gwenan said: "Taking part was an unforgettable experience and it was a great opportunity to meet staff from other fire and rescue services as well as being part of an exciting mission which raises funds for two well deserving charities."

Paul added: "The support so far has been amazing- the single has even received celebrity backing with singer and presenter Aled Jones posting a video with words of encouragement on Facebook.

“Please get behind the Fire Tones, The Fire Fighters Charity and Band-Aid and spread the news of our No1 bid - let's try and claim that Christmas top spot!"

The Fire Tones’ single is available to pre-order on Amazon and will be released on iTunes, Spotify and Amazon Music on Friday, 30 November.

Listen to a sample on The Fire Tones website https://thefiretones.com/